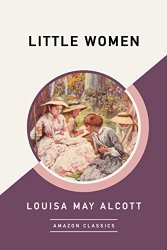 October 2019 marks the 100th Anniversary of Louisa May Alcott’s book publication “Little Women.” The “#me too” campaign, which set out a year ago and is yet very much alive today, raises many gender-related questions despite the counter-reactions from both males and women. The primary question is, are we still the same “little women” that the book refers to? Or maybe they were not so “little”?

When I was a child the world was so clear-cut, men went to work and women stayed behind and did household chores. Women saved money by sewing by themselves or summoning a dressmaker home in order to lower cloths price. They rarely let themselves purchase an elegant, fully priced dress in the stores. Women were looking for “sales” even before they were called sales. They took the bus to the market and schlepped back home with heavy full bags. They did not think about statuses as they were satisfied and felt great about sustaining a household. The women who went out to work were considered unfortunate; those were the women who had to help support the family.

Women started to go out to work at the beginning of the twentieth century in light of the shortage of men who were recruited for wars, World War I and World War II. Women took men’s place in farms, factories, and government agencies, not to mention women participation in the war and in the resistance. Going out to work became a patriotic act, assisting in the war effort. It brought about a change in fashion as it was impossible to keep hanging around in bulky crinoline dresses. They just did not pass through the doors of factories and offices, and in farms, they were a safety hazard. Thus, pants came out of men’s exclusive domain and were embraced by women. Skirts were shortened, and clothes, in general, became more comfortable and practical.

It is enough to perceive Jewish Rabbis’ vocal opposition to wearing pants by women to understand the power of a garment. The feminist revolution, which got its name in the early 1960s, and had its strongest manifestation at that time, created a change in women’s perceptions (No darling, they did not really burn bras.) The revolution caused them to reaccess their status and highlighted the fact that they were not considered “working” if they were “merely” housewives.

It didn’t “count” that they were engaged and busy all day long by house maintenance, cooking, cleaning and managing the family. Out of the blue, it became insignificant! Abruptly the status of women having “jobs” rose. It wasn’t important anymore to teach girls how to sew, embroidery, knitting, and housework. Suddenly every woman had to have a profession or at least a job. That brought us to this day, where women have careers and still need to fill most of the roles previously filled by non-working mothers.

Slowly, technology eased the burden of household work, saved time and allowed more women to get careers. It is not necessary anymore to wash dishes and dry them; there is the dishwasher (bless him). Nor any need to boil water in pots for hand-washing clothes and beddings; there is a washing machine etc. The time vacated by the use of technology was spent both, by getting a job and by other technologies: initially, it was the television that broadcasted programs for housewives and later the mobile phone and its abundance of applications.

The book “Little Women” was published in two parts in 1868 and 1869. Louisa May Alcott’s publisher requested her to write a book for children. The work was so diverse from standard children’s literature at the time that the publisher decided not to print it. However, he handed the manuscript to his young niece to read. In light of her great enthusiasm, the book was published and had immediate commercial and literary success. The book, which many girls still read in their youth, presents the story of four sisters from childhood to adulthood.

The book’s name derives from its subject – the adolescence of the little women. Jo, one of the sisters, is the narrator and it is through her eyes and perceptions that we “see” the story. In more academic language, Jo March is the point of view of this family saga. She is also the most developed character from a literary aspect and is the most similar in nature and biography to the writer. 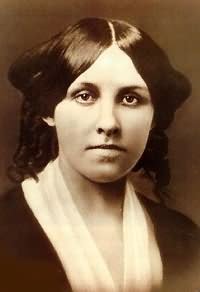 Jo is the abbreviation of “Josephine,” a very feminine name. Yet, she is a kind of tomboy who does not attach importance to gender differences. This explains the use of the name Jo, which is a manly name. She is stubborn and willful and has a fiery temper that she struggles to contain. She daydreams of a writer’s career, of success and realization of aspirations. At the end of the 19th century, in light of the time’s conventions, Jo character was unusual and quite assertive and radical.

As we read the book today the heroine’s dreams and actions seem self-understood. It is clear that every woman is equal in skills and abilities to men (even if not by physical strength, Darling). Therefore, every kid dreams of success and honor. Still, in the age of crinolines, Jo’s approach was considered undignified and even rebellious.

Jo has empowered many generations of readers and inspired girls to be confident and aspire for an equal world. The title of the book is not a gender declaration that women are little, aka less, but rather a wordplay; Small regarding value compared to young women regarding age and small regarding height. In English, the word little can be used for both interpretations.

The last word: “I’ve got the key to my castle in the air, but whether I can unlock the door remains to be seen.” Louisa May Alcott