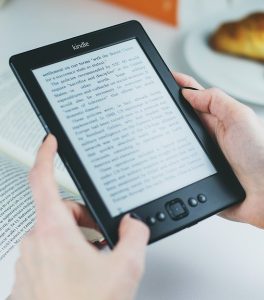 For a long time, we are told repeatedly that the book as a reading device is doomed and that it will disappear. In the digital age of today, people read with the aid of electronic tools. There are general ones that we carry around all day, like the cellular phone, which is used by many for reading articles and news. Besides, there are dedicated devices, whose primary purpose is to serve as an “electronic book,” for example Amazon’s Kindle or Barnes and Nobel’s Nook.

Today, students read textbooks and other academic publications of a computer screen. Lately, we have witnessed the flourishing of books that do not require any reading at all, audio books. For instance, see American Classics Free Audio, from LearnOutLoud.com that have a vast selection of audio and video books on various topics. And yet, the book did not die, only the means of reading changed. Instead of reading from paper, we read from the screen, or listen to audio books.

When a new communication technology is introduced, there are those who announce the death of all previous ones. When the radio became common in every house, the death of the newspapers was pronounced. They lost their actuality because when we get the paper, the news is already old, already known. The newspapers did not die, even though their status is shaky for other reasons. As the cinema grew popular, books, as a means for telling stories, were immediately eulogized. They did not die, even though the cinema prospered.

When television came into being, the predictions of the death of the cinema flourished. Who needs to get up from his comfortable armchair and go to the cinema when he can see movies and television series right from his home? Cinema is not dead, despite all the cable and streaming companies and the abundance of channels. Then came the Internet. It was thought to override all other media as it contains everything. It has voice, pictures, animation, video, and text. Thus, it can replace all other media. Nevertheless, books, newspapers, radio, cinema, and television are living side by side in today’s world. Will it be “happily ever after” remains to be seen.

The argument that people have stopped reading has been heard for many years as well. Let’s take the case of children that don’t like to read, and adults that try a variety of methods to get them to read. For example, each child reads a book at the beginning of each lesson, before the teacher arrives in the classroom. Thus, when the teacher enters, he finds a silent class as the children are reading. Another method is “story time.” The most common and notorious of all methods is the assignment of a “book report.” A method that makes students read and respond, whether it is by answering various questions, or by writing a summary or a description of one of the characters.

The book did not die; it changed its external form, its power and status, and even its genres. The book, as a collection of printed pages, was born in the middle of the 14th century, with the invention of the printing press by Johann Gutenberg. Some use the printing date of the Gutenberg Bible as the date of the printing revolution, 1455. Gutenberg’s made square blocks of letters that could be arranged in various combinations.  The reshuffling of letters allowed for the quick creation of new pages, hence its name as moveable print. Ink is applied to the letters, and a sheet of paper is pressed on it. The process was faster and therefore cheaper. At that time, the customer got separate pages, and he had to see to its binding. Today, there are no pages and no cover; everything becomes digital signals forming the shape of the letters, consumed from the screen. 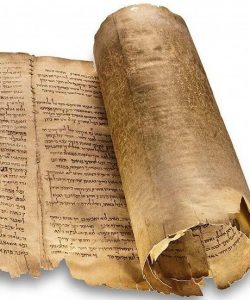 Most of the ancient preserved texts are in the form of scrolls mostly scriptures. They were stored in monasteries, in churches, and later at universities and were for the exclusive use of their members. The ancient books came to be when paper reached Europe. They were a collection of pages, handwritten by expert professional writers. “Replication” of a book required many hours of work, hence turning the book into an expensive item. Only the rich could afford books, and they were the only ones who could read it as well. The ownership of books was an act of political control and power. The print weakened the status of the Church, the aristocracies, and the universities and was the catalyst for the literacy revolution.

In the past, most of the books were scripture or archival documents. Print gave rise to different genres, and writers have become known by their name, and even have copyrights. At first, there were only two main genres: fiction and non-fiction,  which were mainly informative books such as an encyclopedia or academic research. Today, however, each category has many sub-categories. Fiction, for instance, gained fantasy books, comic books, suspense books, horror and espionage and more. That is also the case with non-fiction, autobiographical books, success guides, spiritual literature, and the like were added.

My experience is that children who saw their parents read at home, even if they did not like to read as students, would grow up to be readers. But there is no denying that the war over leisure time increases. While in the past, the only relaxation practice was reading, today there’s a plethora of other leisure pursuits like cinema, television, computer, telephone and listening to music that fights over this spare time.