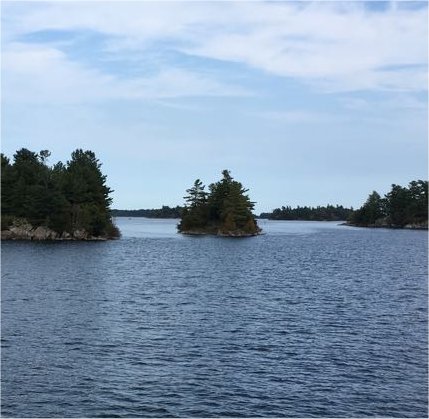 Canada is a “state of refuge” by choice. That is how the Jews reached it at the beginning of the 20th century, as it welcomes the Muslim and African refugees nowadays. We chose it as a refuge from the July-August heat. As usual, I prepared a detailed plan according to cities, days, hours and places; However, the plan is flexible and open for changes according to the available time, and in light of we find in reality (and not on Google Maps, Darling). We landed in the evening in Toronto, and as usual, we picked up the car, ate dinner, and slept at the airport. Only in the morning did we leave. (Anyone who wants a prepared program is invited to write to me)

Since we had already visited Toronto, we started north-east in the morning to Kingston, a town along the St. Lawrence River. From there, we wanted to go sailing to see the Thousand Islands, but we missed out on our schedule. We arrived 5 minutes before the tour. The ship was still anchored, just a touch away. Yet we were told that “tickets are no longer sold,” and there are no Israeli style combinations. So we decided to continue on our way eastward and go sailing from the town of Gananoque, which is closer to a Thousand Islands. On reflection, this is the right thing to do. Instead of spending an hour back and forth from Kingston, a cruise from Gananoque allows for most of the tour to be amongst the islands. 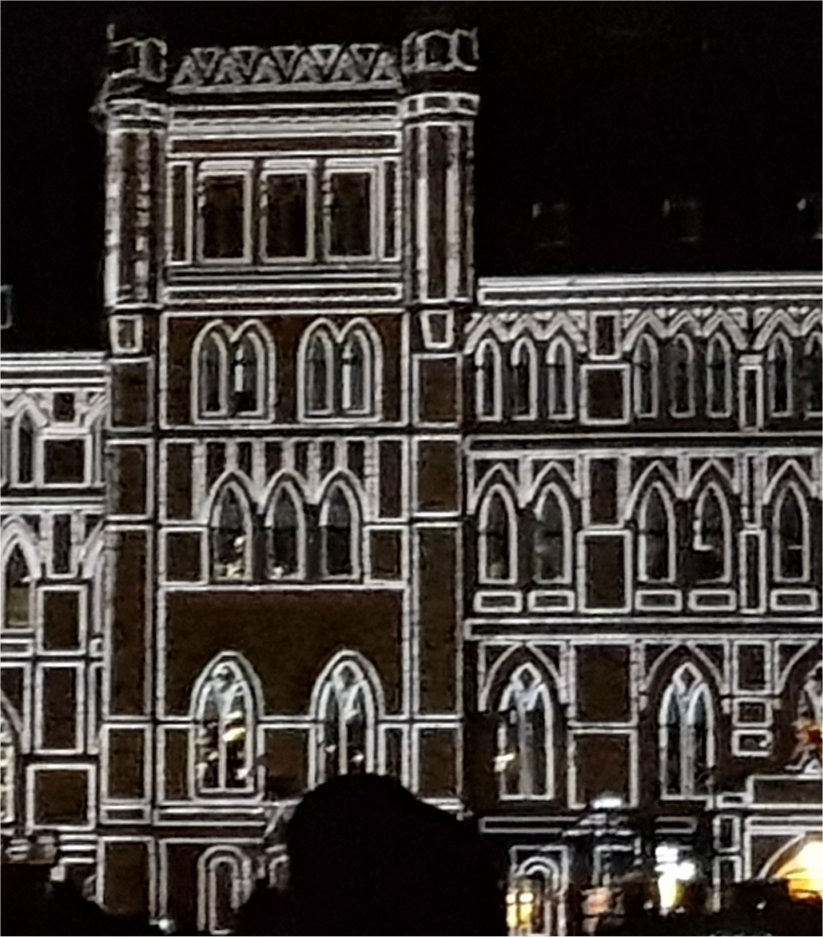 In the evening we arrived in Ottawa, the capital city of Canada. We stayed at the Andaz Ottawa Byward Market, which is in the center of the city market. The hotel, which belongs to the Hyatt chain, is modern and unconventional in design, close to all places of interest and therefore highly recommended. It was the clean, contemporary design that caught my eye in the first place. Then I discovered that its location made it possible to reach any significant site on foot. Not only that, but it has a parking garage as well. When traveling in big cities, the parking problem often becomes a heavy burden. On the one hand, parking must be found, which is almost impossible in most places; On the other hand, parking costs are very high in cities and hotels.

After a reasonably ordinary dinner, in one of the restaurants that were plentiful around, we walked to the audiovisual show. The performance was screened on the parliament building and told the history of the city. It magnetizes the crowds of tourists in the city. Although the school year had already begun, and there was no holiday in Canada, and the “tourist season” was over, the town was packed with tourists. The show takes advantage of the Parliament beautiful structure together with the help of video effects it is genuinely spectacular (picture above). We intended to visit the parliament building itself in the morning, but gave up when we realized that we would have to stand in line for an hour to receive the free tickets, without any guarantee about their allocated time. That is not the usual situation, but the building is about to be closed for renovation. 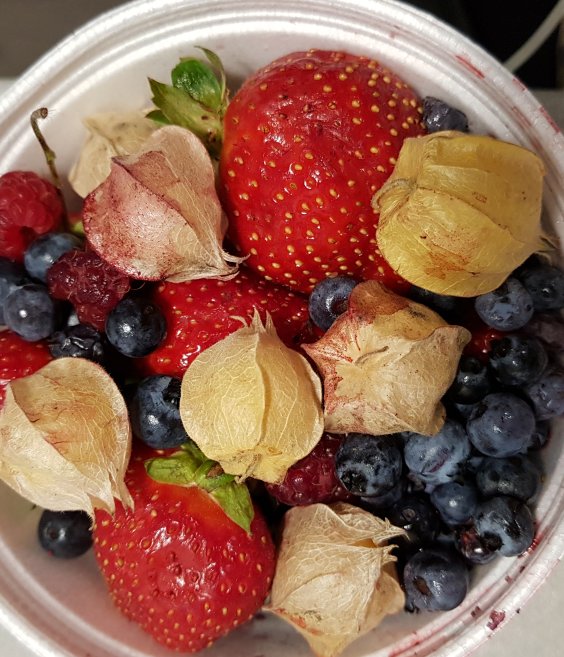 We had breakfast in the hotel’s restaurant (a restaurant, Darling, not a dining room). The dishes that arrived at the table were beautifully designed and very tasteful. We continued our “prettiness” journey as we walked to the city’s largest church near and from there to the Museum of Art (the two are next to each other). On our way, we enjoyed the changing colors of fall. The museum is very impressive. The use of height, like in churches, gives a sense of how insignificant humans are on the one hand, and on the other, a sense of spiritual exaltation. It has some interesting exhibits, but its structure is the focal point of interest.

The way back was through the market. Though it is a market, it looks like a modern museum. The stalls are ordinary and without distinction, but the way the fruits and vegetables were arranged is amazingly impressive. It was hard for me to choose one picture that would show the beauty. At one of the stands, we met an unfamiliar fruit, suggestive of cherry tomatoes, sold in the thin cover of the goblets (pictured above) and considered as berries. I gobbled it, of course.

The landscape on the eastern side of Canada is flat and devoid of any interest, and the distances are vast (the world’s second-largest country, Darling). Canadians are used to traveling for 7-8 hours, as they attest. But for us, it’s quite an exaggeration. So, instead of leaving Ottawa directly to Quebec, we stopped in a little town called Trois-Rivières. That will wait for the next post.

The last word: I could not resist adding more pictures from the market (click to increase). 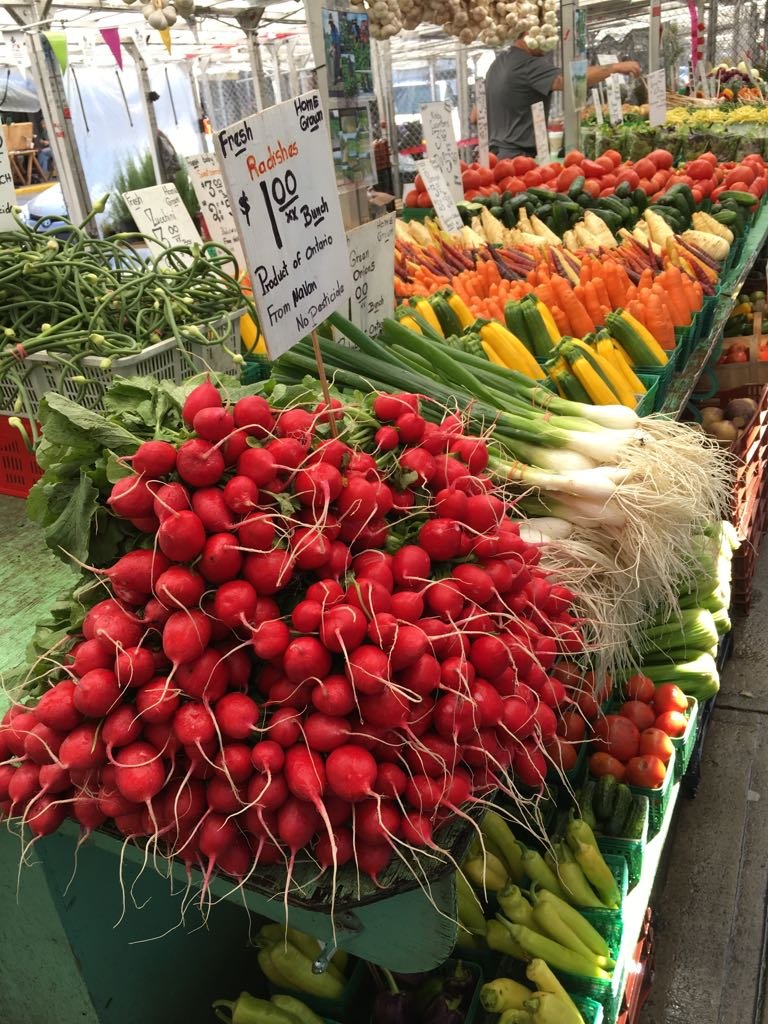 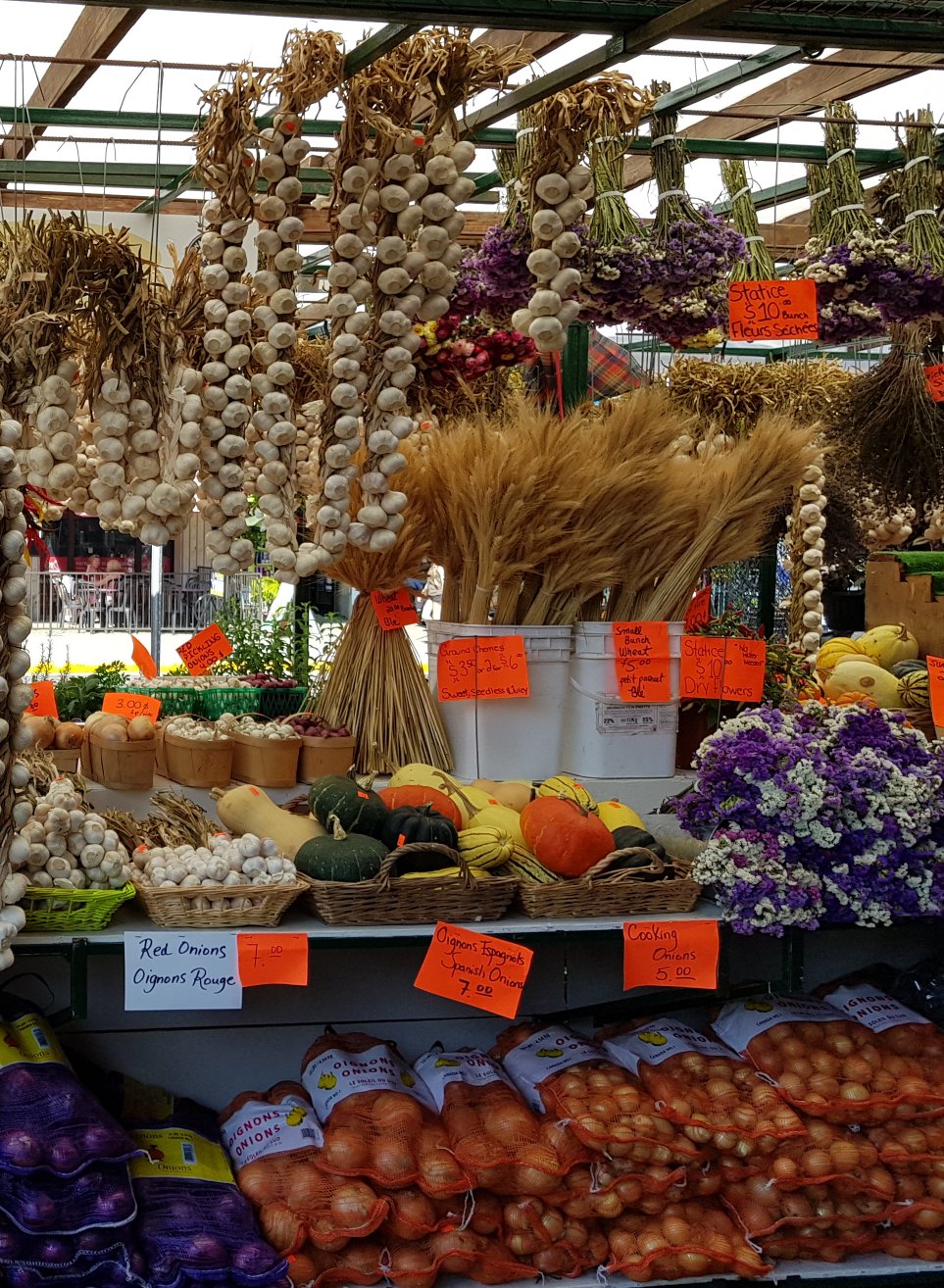