International Holocaust Day is not as important in Israel as it is in the world. In Israel, Holocaust Memorial Day comes a week ahead of Israel’s Memorial Day and Independence Day that comes right next. Thus, the concept of “from the Holocaust to Revival” is presented. Nowadays, the remembrance of the Holocaust has been ever so important in light of the “fake news” and fake proceedings and actions that are spread around. We need to keep in mind the unthinkable acts of evil of the last century. END_OF_DOCUMENT_TOKEN_TO_BE_REPLACED

The earliest memory that I have is that of the rush to shelter, to the sounds of the sirens in the Sinai Campaign. My mother carrying me downstairs, along with her wallet and a “shelter bag”; I never found out what was in it. The last part of the stairs was smooth, very wide and without a railing, which made me tremble with fear. My brother escorted us from behind with an oil lamp in his hands. END_OF_DOCUMENT_TOKEN_TO_BE_REPLACED

“Dad looked out of the window and said that finally the Germans will lose and Hitler will die, but we will hear of it only when it will be shouted into our graves. And now I sit here, in Auschwitz, in my block. The Russians are knocking at the gates.” The memories of Reiza (Shoshana) Klingberg, later Cohen, who was my mother-in-law. She survived Auschwitz, to where she was sent, not because of being Jewish.

END_OF_DOCUMENT_TOKEN_TO_BE_REPLACED 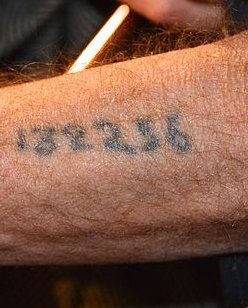