Concentration is one of the skills that disappeared in the digital world. Formerly, the recommended length of a lesson was about 50 minutes and centered around one subject. Today, however, it is recommended to change the subject or activity method every 20 minutes. Nowadays this is the significant concentration time length.  Formerly, I could sit and read, write, program and even think for hours without raising my head. Today, without any interruption, I actually have to push myself to remain concentrated, particularly if it does not interest me very much. What has changed since those days?

The pace quickened. There used to be time. No one was in a rush. You could see TV without commercials every 12 minutes. You could listen to a complete radio play, no sponsorships, and no infomercials. People read books, visualized the plot and were drawn into it. Today, something is happening all the time, interrupting the sequence: advertisements, phone calls, e-mail, messages. Not to mention real events that seep into private domain, such as terror attacks and endless reports on various disasters. Is it any wonder that the number of people with ADHD is constantly on the rise? 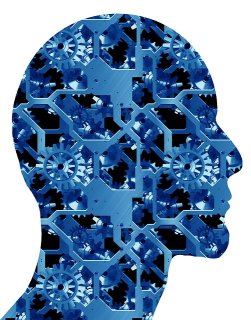 No, I do not have a concentration disorder (maybe a little attention disorder), when something interests me I can still concentrate for hours. But the globalization of the 21st century, which shortened distances, shortened time as well. The time that flows through my fingers so quickly that the day ends before it begins. The popular prophecy (given to fools, Darling), is that in the digital world we will not have to read, nor hear, or even watch, that everything will stream directly into our mind. The information will simply appear in your cognizance without any effort. Futurology is the term for the theories that are supposed to predict/anticipate/guess the future. No, they are not “conjuring up” or prophesying, they have tools for research and prediction (according to Prof. David Passig, senior Futurists in Israel). However, if we examine closely the previous century vicissitudes we see that no significant event was foreseen in advance.

Who could have foreseen mobile phones and their place in everyday life? In addition to being a media tool (music, video & games player, Darling), it turned redundant so many other technologies: camera, calculator, flashlight, stickies, etc. Nobody predicted the computer either, even not Marshall McLuhan, who wrote in the 1960’s about technology and its innovations. He said that it is the “expansion” or “amplification” of a person’s abilities (the computer is the extension of the brain, Darling). He claimed that the wheel is an extension of the legs – from which the wagon, bicycle, car and other technological means of transport were developed. They improve the ability to be mobile (in terms of distance, duration, comfort, and weather); The expansion of the hands is the shovel, the bulldozer, the picker, etc.; The microscope and the telescope are the extension of the eyes and are joined by the TV, which expands viewing possibilities (in terms of distance); The phone is an extension of the voice and ears, etc. 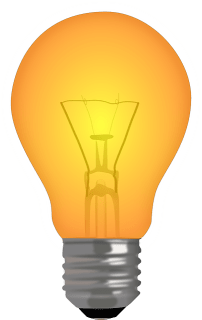 McLuhan foresaw the negative consequences of technology as well. He argues that any technological expansion creates a detraction, amputation, relinquishment, and outdating of skills already possessed by man. The simplest example is memory. In the past, we knew dozens of phone numbers and addresses by heart. Today, we sometimes do not remember even our personal number, because everything is “on the phone”. Another example, whose particularly destructive effect we see already, is the cessation of use of our legs as a vehicle. Since there is no longer a need for walking, you can get anywhere by driving some transportation technologies, we don’t exercise, thus we are less healthy.

In a survey published by an Israeli newspaper, at the beginning of the school year, readers were asked: “Do Israeli schools prepare students for life in the 21st century”? 84% answered that they do not. It’s very popular to blame schools for “not preparing”. Does anyone know what skills the children will need in a world that is subject to such rapid changes? But, since no one really knows what are the new skills that the digital world requires, the recommendations are for general skills that fit most professions: creativity, problem-solving, interpersonal and teamwork, flexibility and fast adaptability, self-management, independent learning and system thinking. These, by the bye, were also the skills required in the 20th century as well.