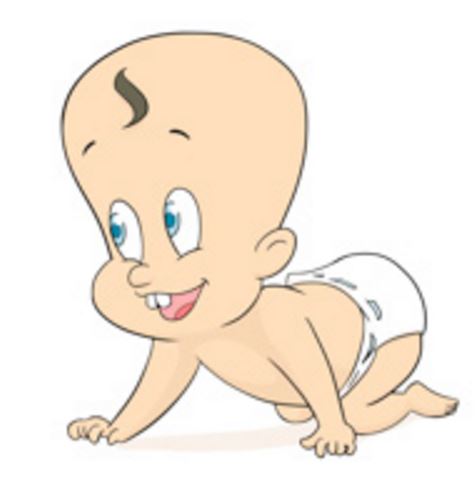 Every year brings on its wings the excitement of new openings, however, as we grow older, the number of first-time excitements decreases. When we are young, there are a lot of new beginnings, accompanied by the excitement of our immediate surroundings and a bit of our own as well. The first time we turned around (Darling, the kid is a genius!); The first tooth (but the doc said he shouldn’t have fever); The first step (Darling, he must have shoes); The beginning day of kindergarten; The inaugural day of school; The first boyfriend; And the list goes on and on. But as one gets older, she has seen a great deal and experienced considerably and the first-time becomes rare.

However, when people go on vacation they shake off their routine and try new experiences: Some go to the theater (King of the Lions, anyone?); Some attend musical concerts (Adele, Leonard Cohen); Others go to sports games, soccer, basketball…; Some even go to a lot of trouble to get to those events that provide the first-time experience.

As many American universities are land-grant institutions, they are located quite far-off the city. The hometown develops as a result of staff and students needs for accommodation and services. They do not have impressive live entertainment or exciting theatre shows, they have sports! That’s why the American college leagues are considered very popular in 22 sports disciplines, some of which are more notable than the others, like college basketball league or the college football league (NCAA) (no Darling, not soccer).

Thus, an upcoming football game is a really exciting event, unless the team is really no good. The University of Illinois, located in Urbana-Champaign, has a football team that has no glory, and usually, the audience is limited, mainly friends and family of the players. Last year the team got a famous coach who used to train the Chicago Bears, a well-established and respected football team. His arrival raised incredible expectations as though the players are not one of the factors for success.

The first game under the new coach was a great achievement and people felt that everything is possible (a 52-3 win, but over a weak team!). Thus, they printed orange shirts, the traditional color of the university, with the coach’s name, Lovie on one side. Along the other side statements such as “We will Win” in black. Suggestive statements that reveal people’s hunger for another victory and pride.

I’m not a great fan of watching sports (in my opinion Darling, you practice sport not watch). Not to mention that it always seems quite silly to me, watching twenty people chasing one ball! But football is truly beyond me. People are fighting so ferociously that they need helmets to protect themselves! (Why did they ever give up the gladiator wars?)

We arrived in town two days ahead of the second game, when expectations and hopes hit the roof and we had tickets for the game. We bought orange Lovie shirts and together with most of the town’s and the surrounding area residents, 40,000 to be precise, walked (quite a distance from the parking lots) to the game. On the way, we discovered an amazing sight: in parking lots, on pickup trucks, on the asphalt, all over the place, groups of people in orange shirts were having tailgate parties. They barbequed, ate, drank, talked and had a good time while waiting for the game (see the picture). 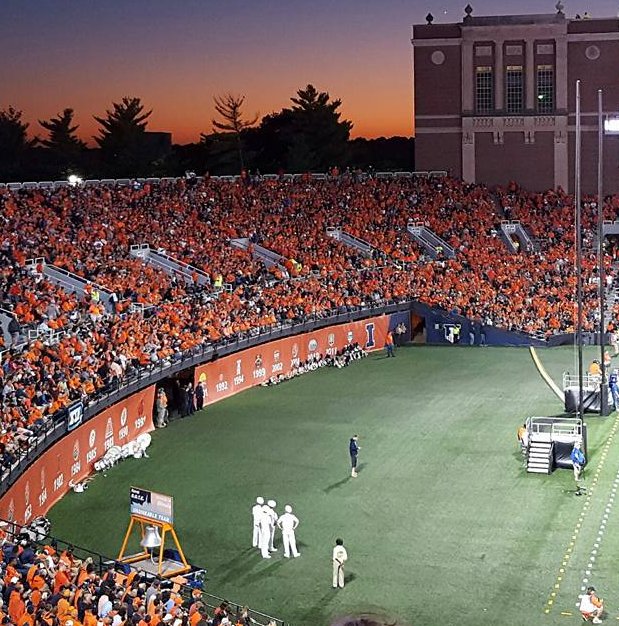 The oval stadium was completely covered by the orange color. They explained the rules to me and I got excited as well. It was my first-time in a football arena. Families, students, people of all possible ages filled the stands. Orchestras went down to the grass and played, the audience sang with it. The cheerleaders danced in their sexy dancing clothes and an electrifying carnival atmosphere greeted the face of an amazing sunset. The game started and the “Go Illini” roars were deafening. The first goal was scored successfully and people went berserk. But all this soon passed. Above my head, the hanging screen showed the course of the game. It was clear (even to me) by the numbers on the screen and the silence that was taking over the audience, that we were losing big time.

The last word: The football ball is not round, but even a good coach needs time (well, he has five years!). Go Illini!