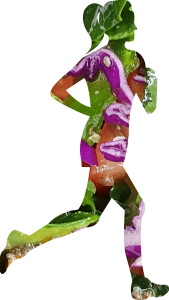 From infancy, we are told that “Food is the fuel of the body.” We must have a healthy diet so that the body can turn it into energy. It was a thorough and straightforward explanation that was indisputable. The food was what our parents (mostly mothers, Darling) served us. If you didn’t want to eat what was on your plate, there came the immortal phrase: “If you don’t eat, I’ll send for a Policeman.” What exactly will the policeman do was left to the imagination, but it was clear that food was an important thing. There was also a straightforward demand for the quantity: “A good girl leaves an empty plate.” My kids solved all those problems by throwing down to the dog, who was sitting under the table, everything they didn’t want to eat or finish – but the plate was empty (as if I cared). That behavior paved the road to turning food into a significant issue in our lives.

Written recipes, on clay, were found already in Ancient Mesopotamian dating to about 1700 BC. Though cookbooks are known from the beginning of the first millennium, they were not intended for housewives or the general public since only a few could read. Only in the 18th-century cookbooks for housewives began to appear in Europe and mainly in England, though they reached even America. The first American cookbook was published in 1796 by Amelia Simmons, dealing with American goods like corn and pumpkin. Over time cookbooks contained more and more information. While in the beginning, they held only an ingredients list, by 1845 Eliza Acton published her cookbook, “Modern Cookery for Private Families” that provided lists of ingredients, exact quantities, and cooking times. Her book had a considerable influence and is still available for purchase from Amazon or read online.

The legendary Julia Child made another breakthrough. Child is responsible for an appraisal of tastes and the interest in French cooking. As her husband was stationed in France, she discovered the French cuisine that “blew her mind.” She enrolled in Le Cordon Bleu cooking school to learn it. After her graduation, she established, with the assistance of two friends, a small school for American women and taught them French cooking. When the couple returned to the States, the three of them published Mastering the Art of French Cooking. The book was so successful that Julia got her cooking program on American television. In 2009 Nora Ephron’s movie “Julie & Julia” came out teaching generations that didn’t hear about her (available on Netflix.) 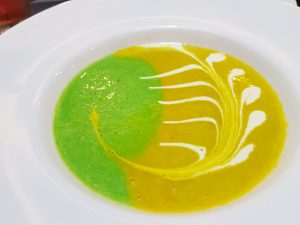 British author Scarlett Thomas, whose hobby is reading nutrition books, says that after 1,000 years of dieting, “everyone is a nutritionist today.” Beyond the “fuel” the food provides, it also fulfills many other direct or indirect needs. Food is one of the significant sources of employment: farmers and poultry and cattle breeders, food-selling stores, ready-to-eat fast-food stand, restaurants, all of which employ many employees. The food aesthetic is an issue in itself, engaging not only the chefs’ creativity but photographers and food stylists too. Foreign food flavors draw foodies to take an interest in unusual ingredients and unfamiliar food and its origin, not to mention meals as social events.

There are two main reasons for obsessing over food. The health purpose, which originates of the desire to be healthy, active, and leave a long life, dictates what to eat on the one hand and what not to eat on the other. Therefore, people with diabetes will try to reduce their sugars and carbohydrates. In contrast, women will try to eat many “red fruits” for its antioxidants, which are supposed to improve facial skin. The other cause is body beauty and visibility, or in a word – the weight (obviously we all want to lose weight, Darling.) Keeping to average weight also has a healthy facet that should not be ignored. Heavyweight involves a greater risk of various diseases such as diabetes, high blood pressure, high cholesterol, for a start.

Today, a variety of books and films deal with the effects of food, healthy food and unhealthy ones, and present us with astounding cases of healing and longevity with its help. Therefore, it is no wonder that the amount of special diets is very high, and it is a challenge to choose what is right for each person, as each nutrition boasts of being the right one. Some swear by a vegetarian diet, some prefer a vegan diet, and some keep to the ketogenic diet that allows diabetes control.

Every diet enlists history, or science, or test cases, in its favor. The Paleo diet recruits history since it’s an approach based on prehistoric man’s diet, unprocessed food. For instance, eating raw food, that Granny would recognize – peanuts versus Bamba. Paleo also advocates the old way of life: high mobility, staying in the sun, going to sleep early, and eating when you feel hungry and not by the clock. Some nutritions rely mostly on test cases like the Ketogenic diet, which is supported by many interest groups online. This diet, based on fats, proteins, and almost no carbohydrates, helps significantly in weight loss and in lowering sugar levels. And yet, science is against it as it dramatically increases cholesterol, which doctors unanimously consider as a health hazard; Photos of before and after star in this diet. 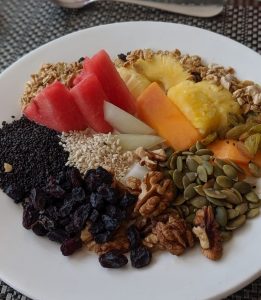 The Whole Food Plant-Based Nutrition recruits both science and test cases in its favor, with the understanding that every research in support has a counter-research. However, it is hard to remain indifferent to the story of Dr. Michael Greger, a physician who specializes in clinical nutrition. He tells how medicine sent his grandmother home to die, not having an answer to her heart disease. In her wheelchair, she reached Dr. Nathan Pritikin’s clinic, one of the pioneers of LifeStyle medicine. Pritikin has proven in his clinic that with a low-fat diet, lots of fresh fruits and vegetables, and whole carbohydrates can cure. Within three weeks, his grandmother got out of her wheelchair and started walking, reaching up to 16 km a day. She lived another 31 years (up to the age of 96).

The grandson, Dr. Greger, was so impressed that he decided to become a physician and specialized in clinical nutrition to save patients with proper nutrition. Dr. Greger’s book “How Not To Die” is available both in print and in digital editions. Dr. Greger maintains a website that offers research, articles, videos, and recipes, which explain the diet known as Whole Food Plant-Based.

The last word: “Nature is the best doctor: she cures three out of four illnesses, and she never speaks ill on her colleagues.” Louis Pasteur