The earliest memory that I have is that of the rush to shelter, to the sounds of the sirens in the Sinai Campaign. My mother carrying me downstairs, along with her wallet and a “shelter bag”; I never found out what was in it. The last part of the stairs was smooth, very wide and without a railing, which made me tremble with fear. My brother escorted us from behind with an oil lamp in his hands.

The memories that are etched in us are mainly events and actions that are particularly significant or shocking. Thus we remember life-threatening situations like wars. The Sinai Campaign is my first war, but it was the “Six Day War” that set in my mind the sound of the alarm as a sign of danger and created the fear and anxiety phenomena that are called in the professional language “fight or flight.” The body activates survival mechanisms and prepares to cope with the feeling of danger by increasing heart rate and blood pressure, hyperhidrosis, muscle tremors (for action), and more.

On that morning, we went to school as usual (on foot Darling). While passing the tall building on which were located the sirens, they went on, startling us to death. We stopped, trying to figure out what Memorial Day it was. The neighbors asked us to the shelter, and we went in, worrying that we will be late for school. When the alarm went off, and nothing happened, we decided to go on. Three girls are walking, looking at the blue sky (June, Darling) and trying to figure out how can it be that in this lovely blue sky danger is lurking. 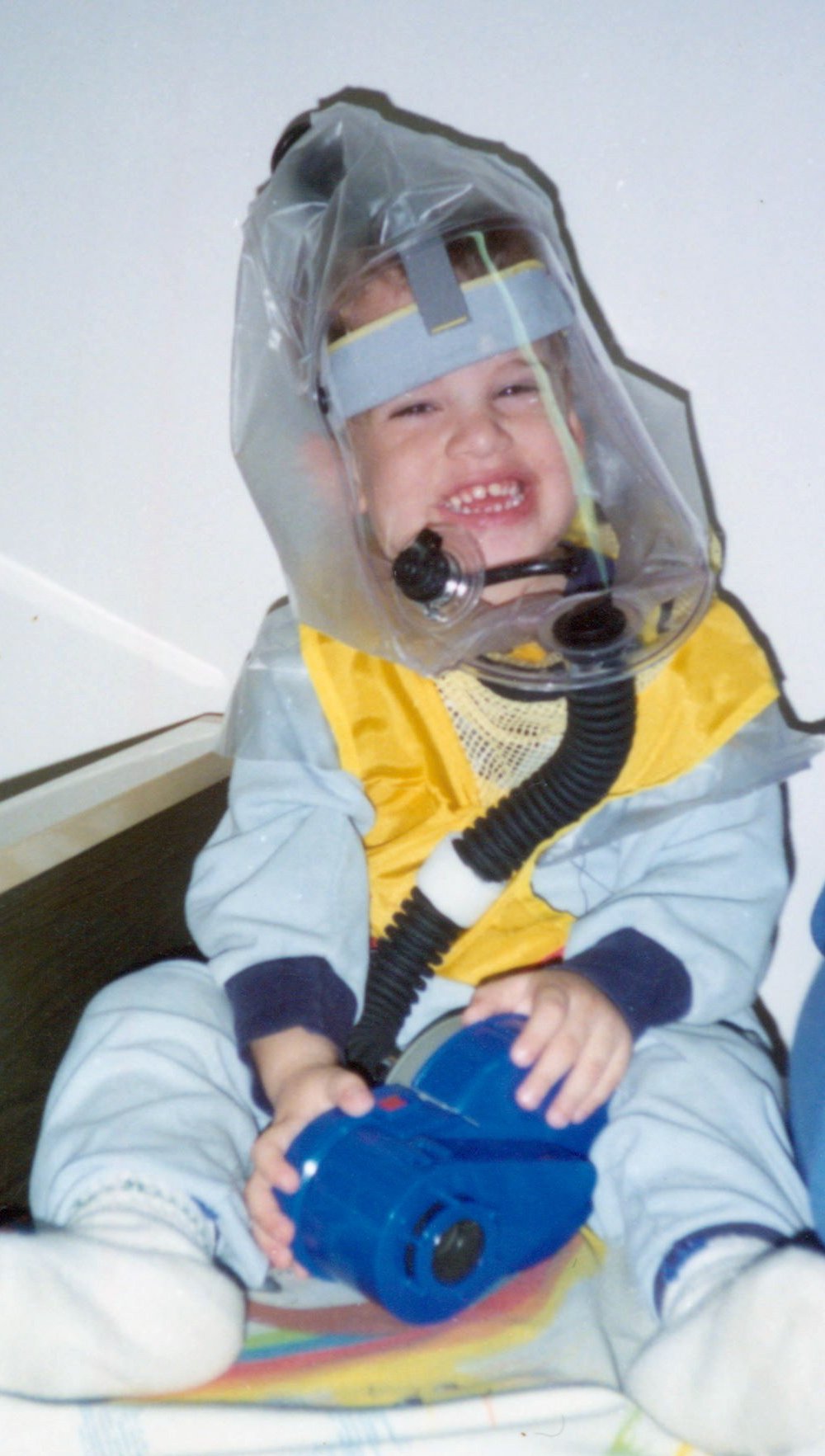 The most traumatic war was the Gulf War. I was a mother of three children, the little one was three-and-a-half-years-old and could not understand what war was, but he perceived, with the sharp senses of a child, that there was anxiety among the grownups. My hands were shaking because of the sirens as I dressed three children in gas masks. The long wait in the “sealed room,” where we tried to hide from a chemical attack, created a need to “entertain” the children. And so, I found myself reading in a trembling voice the books by Roger Hargreaves until the relief sound went on and it was safe to leave the room.

Since my husband was confined to the hospital where he worked, my mother-in-law volunteered to help me with the children. On the first alarm we experienced together, I saw that her hands were shaking too, as she was putting on the gas masks on the children. The difference between us was that I had put on my gas mask first (even on a plane, the elders wear the oxygen mask before aiding the children Darling), yet she did not wear her mask at all.

When we were alone, I asked her why she was not wearing a mask. It is clear that this is no pleasure, and perhaps even painful, for a woman her age, but her answer stunned me. She told me that when the Nazis caught her, she was taken to the Gestapo headquarters where she was interrogated about the Jewish resistance, of which she was a member. One of the interrogation methods was by dressing a gas mask and blocking the air vents to almost suffocation. When she stood her ground and did not cooperate, they stretched the rubber bands of the mask and let go, so that the filter, attached to the mouthpiece, hit her face and especially her mouth. On that day, she lost most of her teeth, and her mouth was a “black hole,” according to the block manager.

The last word: The sirens on remembrance days will always paralyze me, my hands will tremble, but it will still remind me of the twenty-five years old beautiful woman that was liberated from Auschwitz without teeth and weighing 35 kilos to establish a lovely family in the State of Israel.