The two main cities of Portugal are Lisbon, the capital, in the south, and Porto, which is “the capital of the north.” The distance between them is three hours by car. Portugal looks like a small country on maps, especially when it is side by side with Spain. And yet, it is the eleventh country in its size in Europe, 4.5 times bigger than Israel. Its geographical landscape is mostly mountainous, except for the coastal strip. The Azores and the Madeira Islands are part of Portugal. However, we did not try to catch as much as we could. We preferred a slow hike that leaves a taste of more.

Lisbon and Porto reside next to the Atlantic Ocean, and each has a river running through its midst. While the Douro River crosses Porto, the Tagus River crosses Lisbon. Thus, you can see water everywhere, whether they are the ocean or river water. The cities spread over the hills. Hence, you have to take into account that walking is strenuous, both uphill and downhill. And yet, the view from all sides makes you forget your aching feet. If some alcohol can help – you can hop to the scooter Bar “Wine with a view,” which refers to the maritime landscape in front of which it stands (see the above picture). Portugal is a country that worships design, consciously, or unconsciously. I do not mean designed houses advertised in newspapers and television programs; Not even elegant residences or furniture-designer and designer’s household utensils. Unintentionally perhaps, the buildings, the new and the old, the streets, the city structure, the churches, and all the rest are unique, consequently creating a visual celebration. 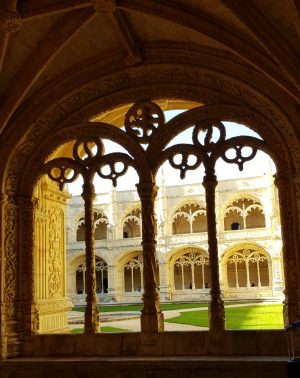 When you visit the ancient cities or look at the structure of Porto and Lisbon, you feel the respect and consideration for the landscape, the ground structure, and houses decore. Of course, palaces, monasteries, and public buildings are magnificent constructions, built, according to the Zeitgeist, to reflect the power of Portugal in the Age of Discoveries. For example – the Monastery of Geronimo, located in Lisbon, at the estuary of the Tagus. It was a prayer house for sailors, who set out on their journeys in Portugal’s Golden Age in the 15th and 16th centuries;  The Marine voyages led by the well known Prince Enrique the sailor who was responsible for many of them and the most famous Vasco DA Gama.

Under King Manuel, the modest chapel became a magnificent Monastery. In his name, the “Manuel” architectural style emerged, unique to Portugal. The form is a combination of late Gothic with Spanish and Italian influences. The Geronimo Monastery was not affected by the earthquake that destroyed large parts of Lisbon. Thus it is a magnificent and fascinating example of the style. The ceiling of the Monastery decorated with grand Gothic arches, the columns are shaped with intricate spiral patterns characteristic of sailors’ ropes and ties. Christian symbols, along with marine motifs, create unique designed congestion. 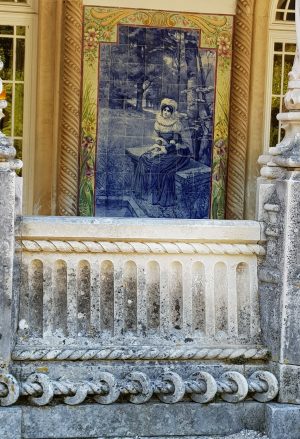 The “typical” residential buildings, both in Porto and in Lisbon, are built in a cascading fashion so as not to block the maritime landscape. Thus, the gorgeous views remain visible from anywhere. Like the grand buildings, the standard ones are dressed, though modestly, and they are a celebration for the eyes, precisely as in Madrid. Two types of decorations dominate the cities; The first is the geometrically patterned tiles, which create attractive designs. The second, more aristocratic, is located in government buildings and the houses of the rich – the Azulejos tiles. These distinguished tiles are in shades of blueish and white (in Portuguese Azul means blue, Darling). Initially, these tiles had geometrical designs as well, but in the 17th century, they started applying these colors to create paintings and illustrated tales. 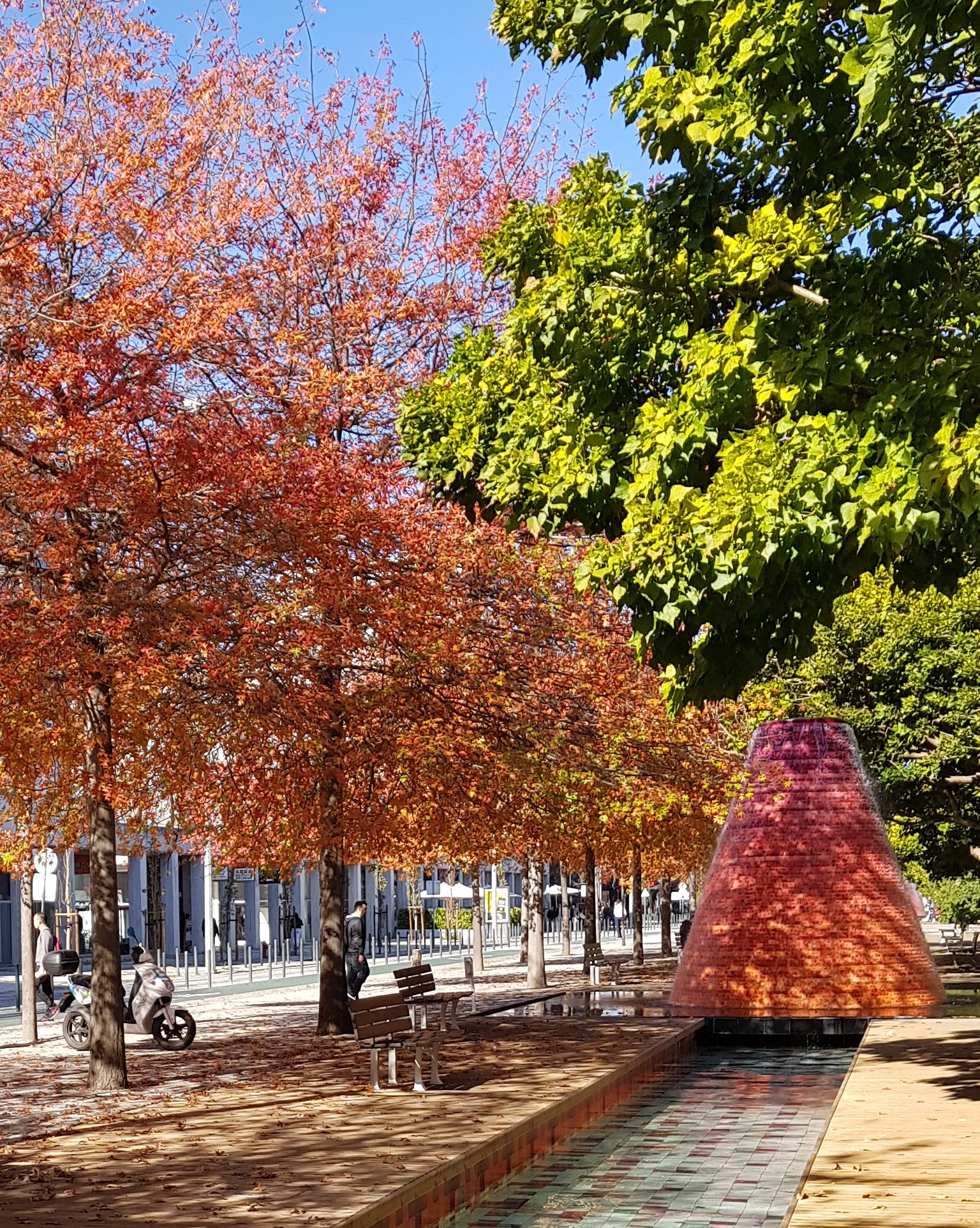 We did not miss the unique structures built in honor of the Expo, which brought my attention to Lisbon in the first place. The most significant and most famous is the Oceanarium, a huge aquarium, which is mostly sunk underwater. The Lisboanians used the exhibition to develop a remote area along the river, far from the city core. The theme of the exposition was the ocean, as a tribute to the Portuguese sailors who exposed new routes and discovered new countries. The journey there is long, yet it passes through the residential areas, thus allowing for a glimpse of the residents’ everyday life. Since the area was developed in the 1990s, it was consciously planned. The entryway to the exhibition grounds passes through a boulevard of trees, known as the Garden of Nations. In its midst, there’s a statue of a Water Volcano and a water canal running from it. Since we were in Lisbon in November, the left side of the avenue was all orange, Fall! Did I mention this already?

The last word: ” A doctor can bury his mistakes, but an architect can only advise his client to plant vines.” Frank Lloyd Wright