Sometimes I run out of stories, so I turn to read, which is the raw material for writing. I found in the mail a link to an article from an Israeli daily business newspaper “Calcalist,” by the title “Storytelling Festival: Prof. Ron Shachar presents the surprising administrative tool of the present era.” I do not know Prof. Shachar, but it seemed to me that he is not a literature scholar, so what does he have to do with a “storytelling festival”? Stories are the raw material of literary theory throughout the ages. However, for some time now I find the term ‘Narrative,’ adopted by various domains, so much so that it has become a buzzword. For example, prosecutor’s arguments in court are a narrative, a story.

‘Narrative’ is a basic term in the literary science domain. In its broadest sense, it means the organization of the world through words. Its uniqueness is the sequence; thus, it has a beginning, a middle and an end. Aristotle’s contribution to the theory of art in general and literary theory, in particular, is widely recognized. He was the first to declare, in his famous book “Poetics,” that every story should have a beginning, middle and an end. 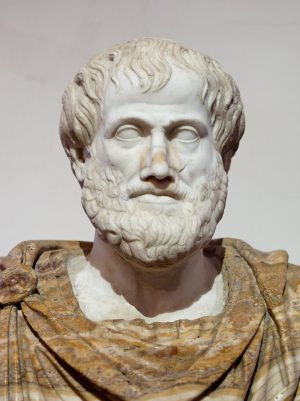 Aristotle did not mean the written art – literature, but the performing art – the theater. But then, at the base of theater stands the text, the story, whether written or spoken. Aristotle did not distinguish between ‘Narrative’ and ‘Story.’ Nowadays, the two terms are the subject of endless poetic theories and discussions. While Narrative follows the order: beginning, middle, and end, the finished story does not have to. It can distort it. For example, opening with the hero’s death and then retrace his life history by bouncing back to past events. In the literary world, the difference between the two terms is a comprehensive and fascinating topic.

Therefore, it was thought-provoking to meet the term in use in varied places. The subject can be found in specialized courses in medical schools, for instance. They deal with “Narrative Medicine,” both as a diagnostic tool and as a therapeutic tool. The lectures refer to the patient’s story. In the past, the story’s focus was mainly on the patient’s ailments as a data source  – where it hurts, for how long, etc. Nowadays, the patient’s whole narrative has become an unmediated source for understanding the patient and for adapting the treatment. Physicians should carefully listen while analyzing the description as if it were literature – at what point the patient begins the story – why exactly there? What does he add to the dry facts? The answers to these questions will provide the doctor with the information about the general condition of the patient and the appropriate treatment. 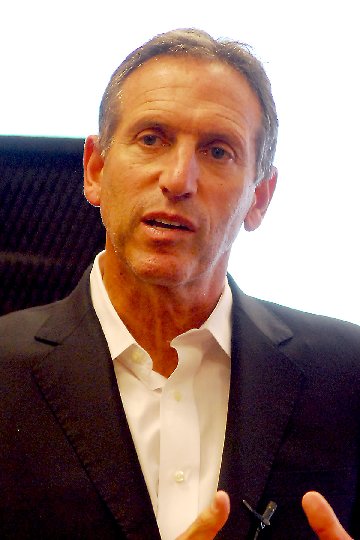 Prof. Ron Shachar is a marketing expert. I was not surprised by the use of ‘Narrative’ by a professor of Economics and Marketing, given the increasing recognition of its importance. Prof. Shachar tells, as an example of a narrative about caring for your employees and caring for your customers, the story of Howard Schultz (pictured on the left). Schultz was a poor Jewish boy from Brooklyn, who became even poorer after his father was injured, not having health insurance.

He worked in various places to help with the family’s budget and decided, in his distress, that if he ever ran a business, all his employees would have health insurance. As part of his work at Starbucks, he was sent to Italy to study the art of coffee. The chain was then importing and selling coffee beans and coffee machines. He returned to tell that it was not about making coffee but about the community and atmosphere of a second home produced by the cafe. The network owners would not listen. He left them and opened a cafe called “Il Giornale,” where he implemented his ideas. Two years later, Schultz acquired the Starbucks chain and turned it into a food network that is now the second home for coffee lovers.

I enjoyed the article and the fascinating examples. Only towards the end, I realized that its primary goal was to advertise Prof. Shachar’s new book  (Marketing, Darling). Suddenly, I realized that the reason I started this post in the first place was to award a “medal of honor” to the newspaper, “Calcalist.” Their articles are made accessible to visually impaired people. There’s a menu on the side that allows the user to adjust brightness, font size, and colors. Not only that,  there’s a recording, made in association with “The Central Library for the Blind and Visually Impaired People,” of the whole article for the blind. Well done!

The last word: “No matter how black your life might be, you can always find a better one in books.” A simple story, S. Y. Agnon