The markets in Thailand are an amazing phenomenon. You’d think Thailand was one huge market. In the evening many streets, that in the morning are regular, gray and steaming, turn into night markets. As if by magic, for miles on end, on both sides of the road, stalls are arranged to display all kinds of goods. Just imagine, every evening to arrange an endless number of beads and every night to pack it. The goods are varied: clothes, cosmetics, shoes, belts, bags, scarves, food cooked at the site, drinks of all kinds etc.

If you didn’t have enough of the open-air street markets, there are also night markets in closed shopping malls (no Darling, no air-condition though it is 100 0F). And if that is not enough, then there are “floating markets” as well. Customers are rowing in narrow boats and stop along houses and balconies, to see the goods on sale. The houses are built on poles in the water. If your heart is still yearning for some shopping, there are also huge shopping malls. In Bangkok there are huge malls, walking along them may provide the recommended weekly walking exercise. 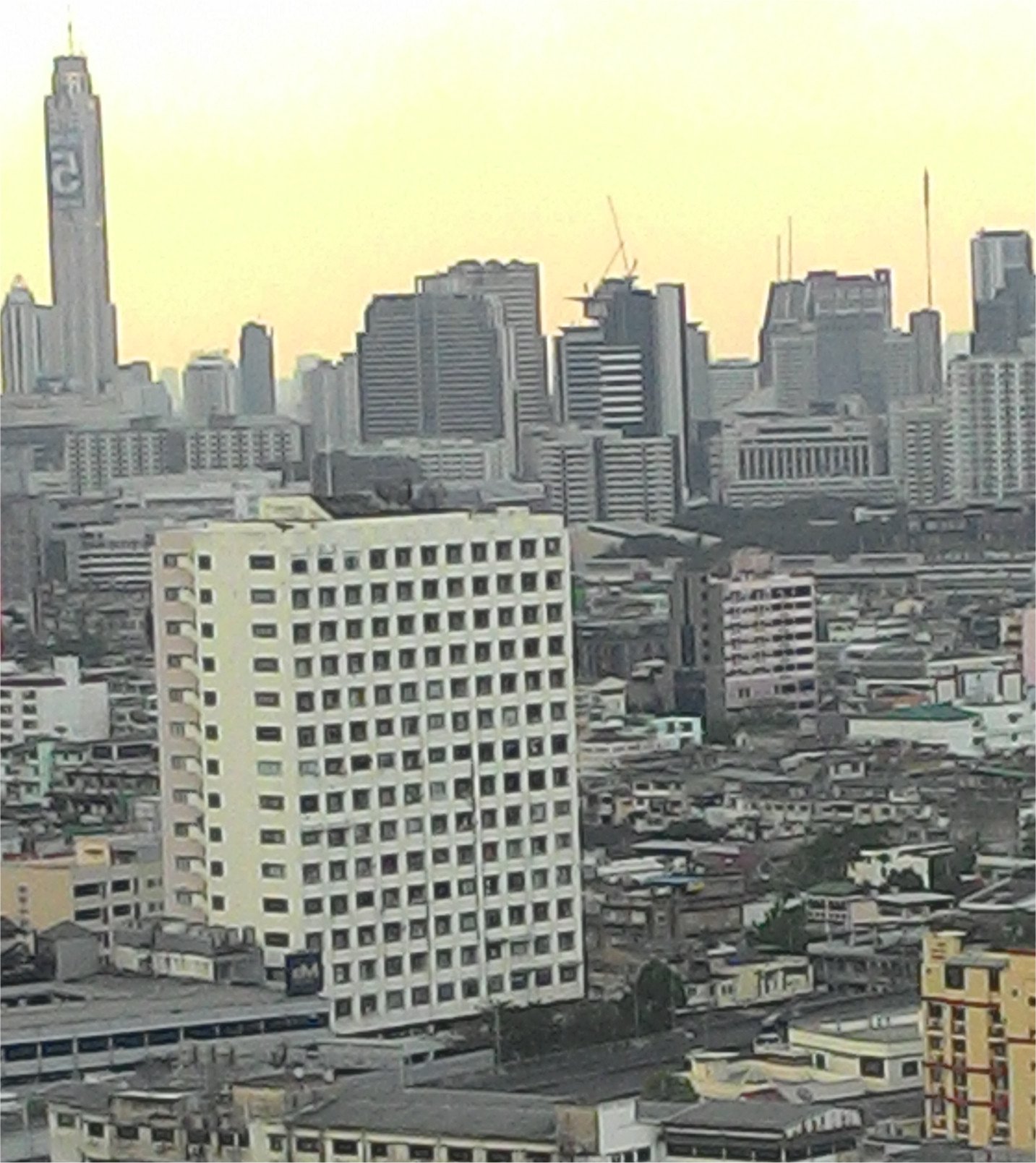 The urban landscape is a city in a development boom: on the one hand, there are skyscrapers, and on the other, collapsing two-story buildings. The heart of Bangkok looks like the south of Tel aviv, but messier, as huge amounts of cables hangs on street pillars. High-rise residential modern buildings are located in the suburbs, whereas in the city, most of the skyscrapers are hotels or office buildings. The roads are very wide, 3-4 lanes in each direction and yet, the city is jammed most of the time.

Transportation in Thailand brings to mind the 50’s in Israel: old buses, noisy, smoking and without air-conditioning (Bangkok has mostly 35 0C.). The Thai people did not hear about safety; there are no safety belts (sometimes not even in taxis). The sight of an open pickup truck, where a number of Thais on their way to work (according to their clothes, Darling), are sitting mainly on the trunk’s sides or standing, is quite common. Other transportation options are the “red trucks”, which are obsolete in the modern world: benches on both sides of the trunk and open in the middle. There are motorcycles “taxi” and the famous Tuk-Tuk. And yet again, their electrical outlets are quite advanced, suitable to most known electrical plugs.

Pedestrians are a nuisance if taken into account at all. There are no crosswalks, not to mention any with traffic lights, and even those that are marked (and they are rare), are merely a recommendation for the drivers. The roads are faulty and they drive on the left side at high speed, so that pedestrians have to stop the vehicles practically with their bodies, and I’m not exaggerating. We noticed that when we tried to cross a road, other people will join us, in hope that if we are a large group it will convince the drivers to stop and let us cross. Bangkok has a line of boats, a subway and a “Sky train”, which bypasses the Jams (on top of, Darling), and these can go on for miles on end. The Sky train is clean, quick and even air-conditioned! 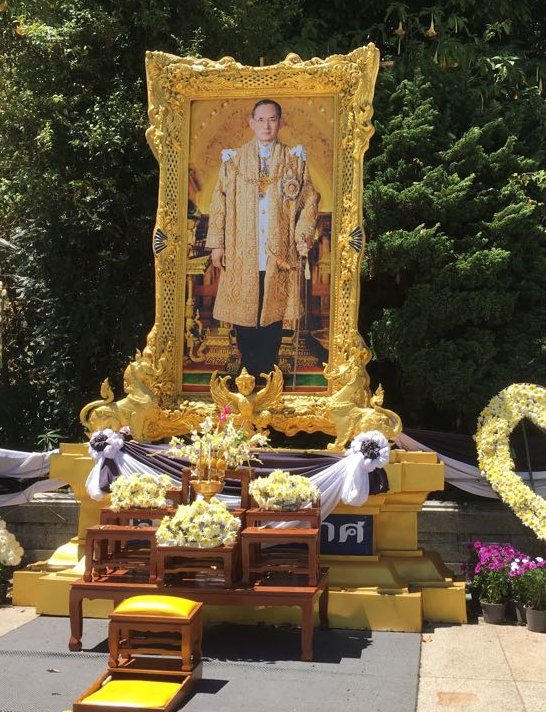 In October, the king of Thailand, who was cherished by his people and stood out as a pillar of stability and innovation, died, and a year of mourning was declared. His son inherited him, but decided to have the actual ceremonies of coronation at the year’s end. Every institution, organization and even residential buildings, commemorate the deceased king by a combination of white and black ribbons hanging on building fences and a “memorial corner” facing the street or actually located in the street (the memorial area in the picture). Since the demise of the king is very present on the streets, it is easy to forget that the state is actually governed by a military Junta. Only once, in a private conversation with a taxi driver, did the issue of the monarchs rise, and we heard that the people are afraid of them.

The last word: “Democracy is the defense of the individual against his own government.” Yeshayahu Leibowitz