Sometimes we do not agree with the decisions made by the government, by our parents, our boss or kids, etc. However, apart from changing the government by vote every few years, or complaining (about the boss), or trying to argue (with parents or children) we don’t have a lot of options, so we shrug, ignore and move on. I want to share with you an act of injustice, which we can correct.

The photo at the head of this post is not from Europe, but of the Edison family, who came to Israel from the torn and bleeding Sudan. Mr. Edison, because he is a Christian, was suspected by the Sudanese authorities of helping the rebels in Darfur. He was taken into prison and was tortured severely. After his release, in obscure ways, they crossed Egypt and the Sinai desert. The father and two sons crossed the border under Egyptian gunfire. To rescue the mother, Susie, the daughter and the baby they had to pay a ransom. On the escape route, the baby, who was a year and a half old, died of thirst in his mother’s arms. When the family managed to reunite in Israel, they felt they had reached a safe haven and were grateful. They lived in a small apartment in the south of Tel Aviv, and the parents worked from dawn to nighttime.

The children went to school and integrated well, even though it was challenging for them to study a new language as well as catching up with the many years of schooling that they were denied. They made friends and were loved. It seemed that the family has finally reached a secure home and the parents even managed to send some money to the family back home.

Then the state of South Sudan was established (2011) and the State of Israel hastened to inform all Sudanese Christians that they have to go back home. Despite six months of repeated pleas and demonstrations by parents and kids, and the intervention of artists and celebrities, the family, was sent to Southern Sudan, the youngest country in the world. We parted with Thomas, Lavina, and Hilary with aching hearts and great apprehension; in the dead of night they set off. 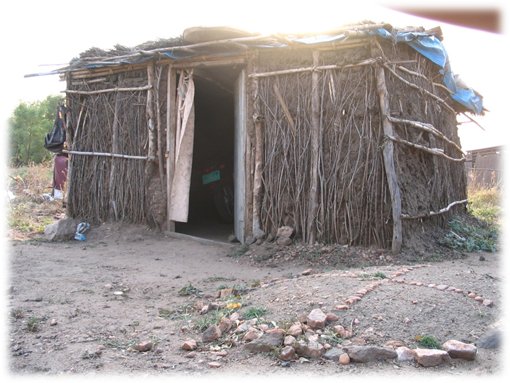 When the family arrived in Juba, the capital city of South Sudan, the children met with relatives, yet the living conditions shocked them. Juba has no electricity nor running water, no orderly sewage, no education system nor a medical system. The living quarters are in twig huts, the cooking is done outside on a bonfire, the restrooms are in a remote hut in the fields (field services, Darling), and the food is based on cornflower. In South Sudan, a massive hunger prevails, and the kids have been sick with malaria time and again. A civil war that broke out claimed the lives of tens of thousands of civilians.

Since they left Israel the connection with the family is maintained through the assistance of Sharon Livneh, a volunteer in the ASSAF, an Aid Organization for Refugees and Asylum Seekers in Israel. She managed to connect the family with Dr. Rami Gudovitch, who coordinates the Come True Project for the Sudanese/Israeli children along with attorney Lea Forshtat. Together they succeeded in transferring the three children to the Trinity boarding school in Kampala, Uganda, which is an excellent boarding school on the African continent. The school provides nutritional security and basic medical treatment for students, treats them well, and have adequate educational standards. 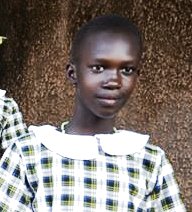 Teachers, parents, and students in Israel enlisted to raise funds to enable the children to stay and educate in that boarding school, but the money is running out, and the children will have to return to the dangerous south of Sudan.

We can rectify this injustice and help the kids establish a future. I turn to you in a request, please donate, as much as you can, and share this letter to help Thomas, Levina, and Hillary and keep them protected. For donations, please contact Sharon Livne at livne.sharon@gmail.com or by phone: 0549981041.

The last word: From Hilary’s words when he was eight years old before being expelled:
– Were you born with a teaspoon of gold in your mouth?
– No (I laugh)
– So what kind of spoon are you born with?
– Maybe of silver …
– Good for you. I was born with no spoon at all.

For donations, the online site via Canada Helps can be used:  canadahelps.org/en/charities/nest-saskatoon

by E-transfer to nestsaskatoon@gmail.com (include your mailing address to receive a tax receipt)

by sending a cheque payable to Nest Saskatoon to 1201 Broadway Avenue, Saskatoon, SK, S7H 2A4